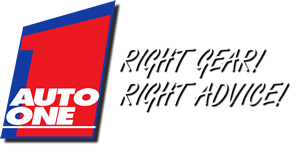 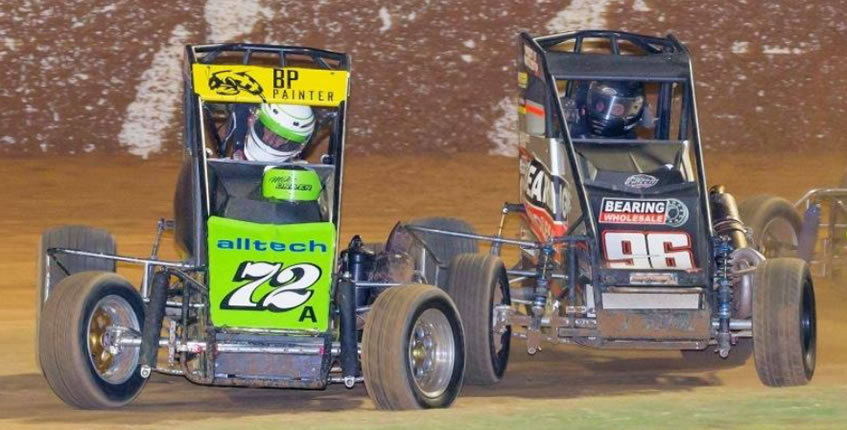 The Eliminator Feature race was something completely new. With the slowest qualifier starting off the back and choosing who would start next to him, and so on until the last driver picked starts off the front. After 4 laps the last 2 cars get eliminated, and then every 2 laps the last car again gets eliminated. Until there are only 2 cars left, and they race for 4 laps to find a winner. Exciting Stuff.

Heat 1/Grid 1: As the cars came out of turn 4 it was Mike on the inside and his old rival from the F2 class #33 alongside him. When the green light changed Mike floored it and took off. First into the corner, he just pushed hard and never looked back. Lap after lap he slowly pulled away leaving the rest of the field behind him. The race went from green to chequered without incident and Mike won it comfortably with a 1.8 sec margin.

Heat 4/Grid 11: Off the back of the field the aim was finish and pass cars along the way. By lap 2 Mike got by car #73 and was putting some pressure on the next car. A few laps later he dived round the outside of car #22 heading into turn one, and on the last lap got underneath #12 on the final corner. Mike had finished in 8th spot.

Eliminator Feature/Grid 1: Somehow when the drivers were selecting who would start next to them in the feature, Mike was left till last which meant he’d start the race off the front. As the cars took the green Mike kept down low and stayed in the front for the first four laps. Then he was passed by the 2nz car. He held onto second place for another eight laps until someone tapped him from behind. This caused Mike to do a 360˚ spin mid-way through the corner, but he kept it going. A few more laps and again he was spun from behind, this time bringing on the yellow. On the restart the officials put Mike off the back and he managed to survive another two laps before he was eliminated, finishing 8th.

Highlights of the night: First heat win (set the fastest lap time too) First TV interview and great exposure starting grid one in the Feature.

Race 1 / Grid 3: Right from the first corner it was clear the track surprised everyone. There was no grip and it was slippery. Some managed to get around on the low line but most of the drivers, including Mike, got a big push and drifted out wide. Adjusting the right rear shock during a caution light was the only thing Mike could do to alter the set up of the car. By the end of the race he had finished 6th.

Race 2 / Grid 10: Off the back of the pack and as the cars took the green and made their way into the first corner, Mike’s car lost all power and rolled onto the infield. That was almost his shortest race ever. As soon as the car was back in the pits the boys’ looked in the engine bay for the problem. It turned out the drive belt for the oil pump had let go, causing the oil pressure to drop. This in turn activated the Keiser switch to stop the engine, before a lack of oil caused an even worse outcome.

Due to time restraints there was no B Main and Mike was put straight into the Feature off grid 20. When the cars came out of turn 4 to take the green, there was absolute mayhem. From about mid pack cars were swerving and flipping and doing whatever they could to avoid the carnage. Mikes’ right front wheel tapped another car just as he came to a halt. After a quick inspection by officials he was taken out of the race and put on the infield with what appeared to be a broken front shock.

It was not until the car was back in the pits that the team removed the cover off the shock, only to reveal there was nothing wrong with it and he could have raced after all. This was his shortest race ever.

Highlight of the night was the Keiser switch saving the engine from certain destruction.

What goes up, must come down – Mike Driver Motorsport – Issue #2 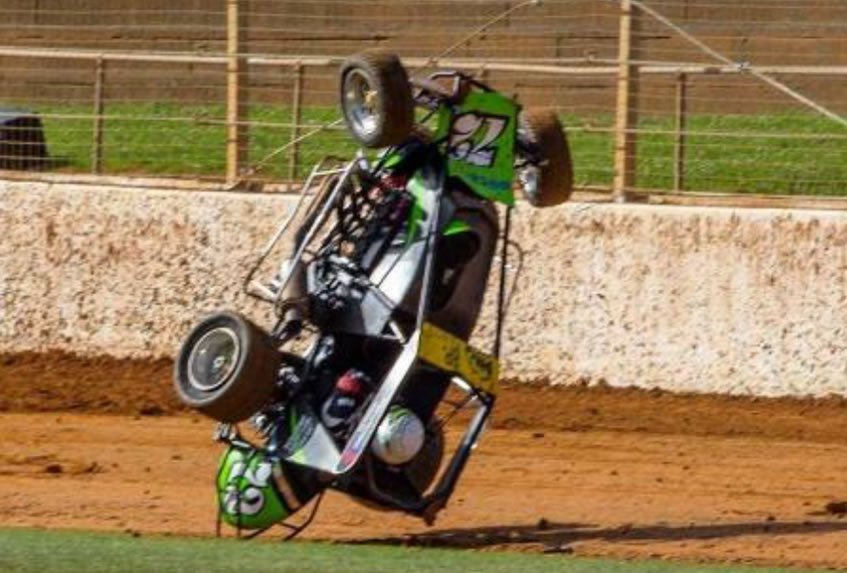 Race 1: Mike started the heat in grid 5. Green light and the cars were all high and low, jostling for a spot. As the cars exited turn 4 onto the start/finish straight to complete the first lap, without warning car #8’s right rear made contact with Mike’s left front. Pushing him towards the wall, the left weight took over and bicycled him up. With no time to react, all Mike could do was go along for the ride, tumbling down the straight, upside down in front of the crowd.

The car arrived in the pits on the tow truck and 10 guys came out of nowhere. They surrounded the car and man-handled it into pit #72. After a quick assessment, the boys worked together like a swarm of bees for half the night straightening bars, replacing shock absorbers, radius rods, Jacobs ladder and front axle. The Davis family worked tirelessly, paying particular attention to the front bumper which proved to be the biggest challenge. After a stellar effort they put the car together with spares coming from other race teams, just in time for the B–main.

B-Main: Mike started in Grid 6. All that was needed to qualify for the feature race was to pass two cars. He pushed the car as much as he could and ended up in 6th place.

The highlight of the night would have to be the amazing support of fellow drivers, pit crews and people from out of the blue all coming together to help Mike out. (Thanks guys) 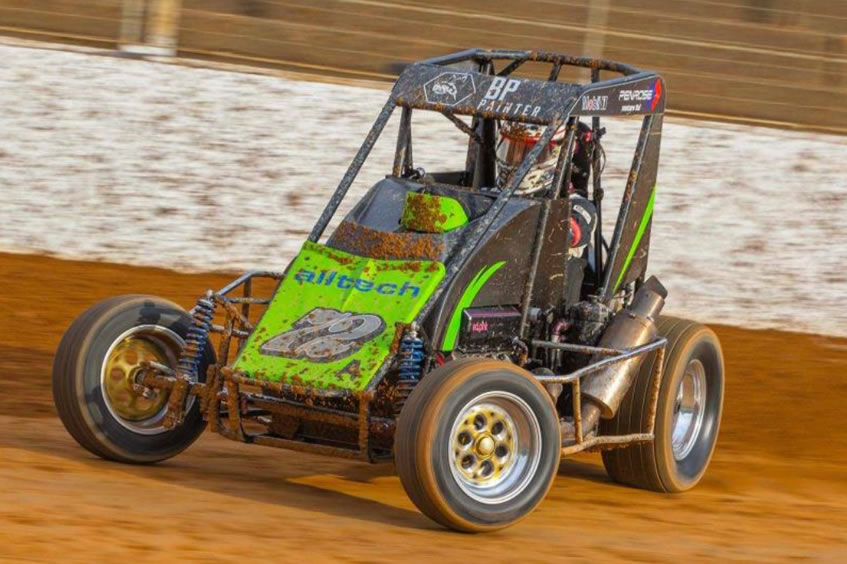 What a start to the opening night at Springs Speedway. Even though Mike just had two seasons off racing, it certainly didn’t show.

The first heat race saw Mike start from grid 11 of a 12 car field. After a few laps he’d passed a car or two, and kept the momentum going and by the chequered flag he’d worked his way pass enough cars to finish fourth. Heat 2 was off the front row. He made a great start and jumped into the lead on the first corner, however a few laps later a slight error allowed a couple of cars through. By the end of the race Mike had finished in fourth spot.

Happy with the two fourth place finishes, the team got to work making the appropriate changes to the car as the track was starting to dry out and slick off.

The 25 lap Feature saw him start in position five behind four of the top drivers. Mike was ready for the long pole-line drive ahead. A few laps went by and a couple of cars got by and as the race progressed it was clear the tires were going off. Apart from a small incident half way through the race, almost all the cars finished. With Mike eventually coming home a respectable 11th.

The night was a huge achievement for the team especially the 5th place start in the Feature, and the great drive in heat one coming from the back to finish fourth.

Sorry for the delay in sending you the photos of my car I will try and get some on the track on Saturday at the final round at Pukekohe.

Unfortunately I did get to even start at the second round at Hampton due to a ECU problem and a sick wife.

Think I got 10th at Taupo and hoping for a much better result tomorrow.

Many thanks to Auto One NZ for your sponsorship I do value your assistance.

I will be back in touch next week with some more photos and final results.